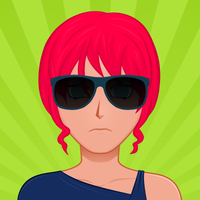 Thanks for the review.

The two best perfume on planet earth. From ancient times to present perfume has played a very important part of our lives and wellbeing. We use perfumes for various traditions and occasions. It has been said "A satisfying scent can move many mountains" Throughout my life, I've had a yearning to collect great fragrances which I use in various forms to enhance my character and to benefit my mental wellbeing. Yep’ great smelling fragrance is vital for our mental and emotional wellbeing.

Paul Smith London men's perfume relaunch. One of my favourite men's perfume is London by Paul Smith. Reasons being, it has a very pleasant ancient unique odour and it's very long lasting, for example, if I spray it on my skin the fragrance will last all day. If I spray it on my clothes, after two days I can still smell it. Many perfumes when first sprayed will give off a nice fragrance then after a few hours, that nice fragrance fades away and leaves a base note scent, which is diffe

Beats Studio 3 Vs Audeze LCDX headphones A  beats studio 3 for Christmas. I received a Dr Dre beets studio three as one of my Christmas gifts this year. I had the first beats studio, which got lost or stolen some time ago. I replaced that lost beats studio with an Audeze LCDX. The LCDX is an excellent headphone; It's the best sounding headphone I have ever heard. The cons with the LCDX is are, it's enormous and is not wireless. After using the LCDX with a modified